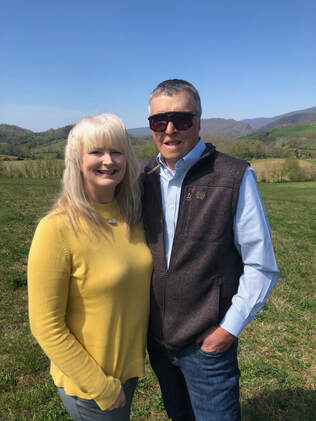 ​Scott Spence was born in Saltville VA. He is the youngest of six kids. He grew up on a family farm that has blessed his family for six generations. The farm taught Scott the value of team work, shared responsibility, and overcoming adversity. Many of the lessons learned on the farm have been beneficial in life.
Scott is an Ordained Elder in the Holston Conference of the United Methodist Church. Before arriving at Reynolds Memorial UMC, Scott served four years, as pastor, at Beech Grove UMC in Bristol, VA. During his tenure the church experienced growth in average worship attendance, finances, and facility improvements. Prior to this appointment, he served as pastor of North Keywood Circuit, which is a two-point charge, consisting of Blackwell Chapel UMC and Mahanaim UMC. During that time North Keywood experienced unprecedented growth in numbers, unity, and finances. This combination, along with a passion for cooperative ministry, allowed North Keywood to grow from a struggling part time appointment to a full-time appointment and vital congregations. The start of July, 2020, Scott was appointed pastor of Reynolds Memorial UMC, and will work with three other pastors on a new ministry model that will consist of three additional churches within Bristol, VA. The model is called HUB, which is an acronym for Hope, Unity, and Blessings. Hope is where we start, unity is our goal, and blessings is what we achieve.
Scott received his Bachelor of Arts degree from Emory & Henry College, majoring in Religion with a History minor. He received his Master of Divinity from Hood Theological Seminary. Upon graduation at Hood, Scott received The George Clayton Tharrington Memorial Honor, which is given to the student that best exemplifies outstanding preaching qualities.
Scott’s call and faith have been forged through the trails of life. In 1993 Scott was injured in an industrial accident where he received second- and third-degree burns, and was given a 5% chance of survival. However, by God’s grace, Scott has overcome this event in his life and now uses it as a bold witness of faith. Serving as pastor is not an occupation for Scott, but is a calling from God.
Scott is devoted to family. He and his wife, Diane, celebrate thirty-one years of marriage. They have two daughters Autumn and Dianna Spence. Scott’s hobbies are growing vegetables, spending time on the family farm, and watching sports.

​Rachel Helton, mezzo-soprano and pianist, is a native of Canton Ohio. She is the owner and founder of the Bristol Academy of Music, providing lessons and classes to all ages! Rachel has performed with Asheville Lyric Opera, Wolf Trap Opera, Central City Opera, Indianapolis Opera, Undercroft Opera, and Indiana University Opera Theater. Rachel lives in Abingdon, VA with her husband, Gabe. She holds a Bachelor of Music and a Masters of Music in vocal performance from Indiana University’s Jacobs School of Music.
Our volunteer Secretaries are:
​Tuesday- Barbara Hicks
Wednesday- Judy Stemple
Thursday- Jenny Hustad