Get to Know Our Bristol HUB Pastors!

At Reynolds Memorial, we work in cooperation with our sister churches, Hunt Memorial UMC, John Wesley UMC and Trinity UMC to bring Hope, Unity, and Blessings to our HUB community.  As part of this multi-church partnership, we get to hear from each of the pastors within our HUB as they rotate each week and lead us in our Sunday morning worship.  You may see any one of them on Sunday morning.  Get to know each of them better below. 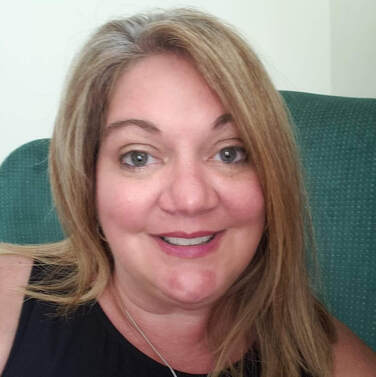 During Caroline’s nine-year tenure at Hunt, she became very compassionate about working with vulnerable people: children in poverty, persons close to being homeless, and the homeless of our community. Hunt began opening their doors as a warming shelter in 2018 during inclement weather. This led to the formation of the Proverbs 3:27 Mission Center.

The Proverbs 3:27 Mission Center offers a warm/cool, dry, safe space to “be” a clothes closet; a mail receipt; laundry, shower, and restroom facilities; lockers; food and drinks; and referral services to other community assistant programs. Currently the Mission Center is open on Mondays and Fridays from 10:00 a.m. until 3:00 p.m.

Caroline also has a passion for children and youth and oversees our children and youth programs within our HUB model and also serves as our District Youth Coordinator. Caroline truly believes that children are our future, and she desires for every child to grow up safe, healthy, and nurtured. 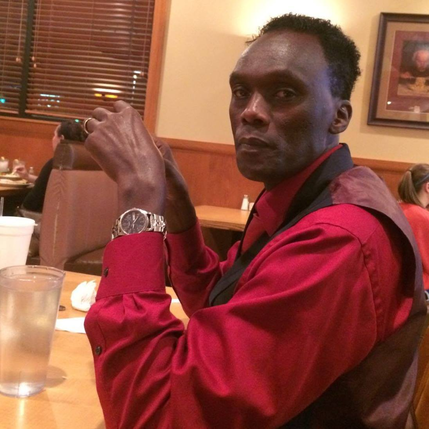 ​Robert Kariuki, a son of Mr. Fredrick and Mrs. Nancy Nyaga, migrated from Kenya to United States in 1999 after 3 years in ministry with Full Gospel Churches of Kenya. He became a member of Watauga Point United Methodist Church located in Elizabethton, TN in the year 2000. One year later, he started the candidacy process of becoming an elder within United Methodist Church.

In the year August 2002, Robert married to Agnes W. Kariuki. Since then God has blessed them with three children: Myra, Tori, and Alex.

He holds a Bachelor of Arts degree in Biblical Education from Beulah Heights University in Atlanta, GA, a Master of Divinity from Asbury Seminary in Wilmore, KY, and a Doctorate degree from North Greeneville University in Greenville, SC.  Robert was ordained as Elder in the Holston Conference in 2009 and has served within the Holston Conference since 2005.  He feels humbled to serve in the Bristol Parish (HUB).

Robert's favorite Bible verse is 1 Corinthians 15:10 “It is by the Grace of God that I am whom I am.”  He is here for such a time as this: to let the world know that God is still in the business of saving and redeeming the world.  Robert is a living testimony of what the Lord can do to those who wait upon Him.  Robert has experienced God’s grace working in his life and ministry since he gave his life to Christ in the year 1992.

The Purpose Driven Life by Rick Warren, has helped Robert to understand his purpose in life. Serving God is far better and greater than his own personal fulfillment. Robert's peace of mind, his happiness, and his ambitions are to do the will of the One who called him. He has realized that if he wants to know his purpose on earth, he must begin with God.
Robert prays that the Lord give us peace as we journey together to our destiny in Christ Jesus. 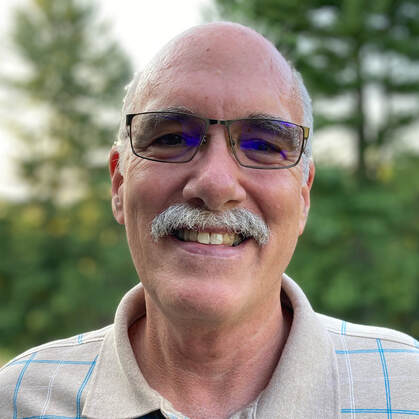 ​John Graves was born in Nashville, Tennessee and grew up in the hills of Kentucky where he enjoyed a carefree childhood surrounded by the beauty of nature and a large, loving extended family.

He is a 1976 graduate of the University of Kentucky in Lexington.  His undergraduate major was in anthropology and his goal was to become an archaeologist, but his life took other twists and turns.  He became a Christian shortly after graduating from college and married his wife Lucy soon thereafter.  In 1978 he enlisted in the US Air Force and served four years, primarily in south Texas.  His military training was in electronics with a specialty in aircraft navigation systems.  Upon his discharge from the USAF he returned to Kentucky and began working as a field service engineer in the medical technology industry.

John and Lucy moved to Bristol in 1990 where he continued his tech career until retiring in 2016.  They raised three children in this wonderful community which they consider to be their permanent home.  They also have five grandchildren.

In early 2014 John felt the call to church ministry and received his local pastor license from Holston Conference the following year.  He served at two rural congregations in Sullivan County TN from 2014 to 2020 when he decided to take a year off.  He was re-licensed in 2021 and is delighted to serve the churches of the Bristol, Virginia HUB alongside Robert, Caroline and Scott.

In his spare time John still studies archaeology, especially anything related to the Biblical era.  He also enjoys gardening, landscaping, live music, nature trekking, and tinkering with electronic gizmos. He and Lucy have a passion for genealogy and history-related travel and hope to visit the Holy Land someday soon.